Log InSign Up
Housing Supply Not Keeping Up with Population Increase
August 29, 2019

Many buyers are wondering where to find houses for sale in today’s market. It’s a true dilemma. We see an increase in buyer demand, but the supply available for purchase isn’t keeping up.

The number of new housing permits issued prior to the great recession increased for 15 years until 2005 (from 1.12 million in 1990 to a pre-recession peak of 2.16 million in 2005). According to Apartment List,

When the housing market crashed, the number of new homes permitted decreased to its lowest level in 2009 (see below): 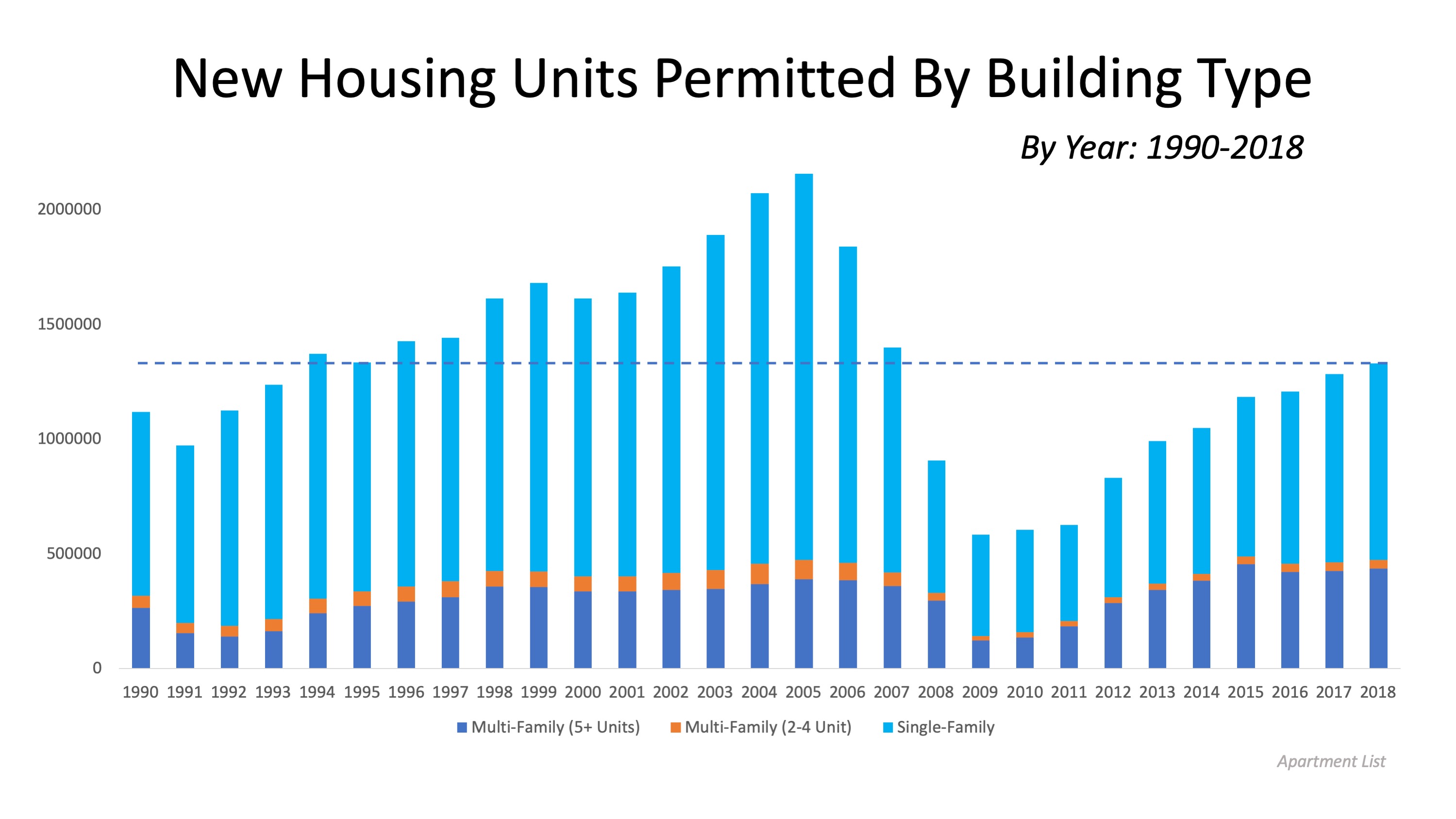 Since then, supply and demand have been out of balance when it comes to new construction. According to the same report,

Why is new construction so important?

“The total number of residential housing units permitted in 2018 was roughly the same as the number permitted in 1994, when the country’s population was 20 percent less than it is today.”

Essentially, the dip in home building coupled with the steadily increasing U.S. population means there is now a selling opportunity for homeowners willing to list their current houses.

If you’re considering selling your home to move up, now is a great time to get a positive return on your investment in a market with high demand. Let’s get together to determine the specific options available for you and your family.

Rose Group, with Keller Williams Realty, is comprised of licensed REALTORS® and a dynamic support staff. We’ve focused on providing trusted, expert representation to real estate buyers and sellers in Silicon Valley since 2004—and now we’re in San Diego!
DRE #01526679
DRE #01422955
CONTACT US
650.550.8646
619.704.7043
team@rosegroupre.com
16780-A Lark Ave,
Los Gatos, CA 95032
All Offices are all independently owned and operated.
Cookie PolicyPrivacy PolicyTerms of UseFair HousingAccessibility
© 2022 All Rights Reserved.
This website uses cookies to improve your experience. We'll assume you're ok with this, but you can opt-out if you wish. To know more, visit our Privacy Policy.Cookie settingsACCEPT
Privacy & Cookies Policy

This website uses cookies to improve your experience while you navigate through the website. Out of these cookies, the cookies that are categorized as necessary are stored on your browser as they are essential for the working of basic functionalities of the website. We also use third-party cookies that help us analyze and understand how you use this website. These cookies will be stored in your browser only with your consent. You also have the option to opt-out of these cookies. But opting out of some of these cookies may have an effect on your browsing experience. To know more, visit our Privacy Policy here.
Necessary Always Enabled
Necessary cookies are absolutely essential for the website to function properly. This category only includes cookies that ensures basic functionalities and security features of the website. These cookies do not store any personal information.
Non-necessary
Any cookies that may not be particularly necessary for the website to function and is used specifically to collect user personal data via analytics, ads, other embedded contents are termed as non-necessary cookies. It is mandatory to procure user consent prior to running these cookies on your website.
SAVE & ACCEPT